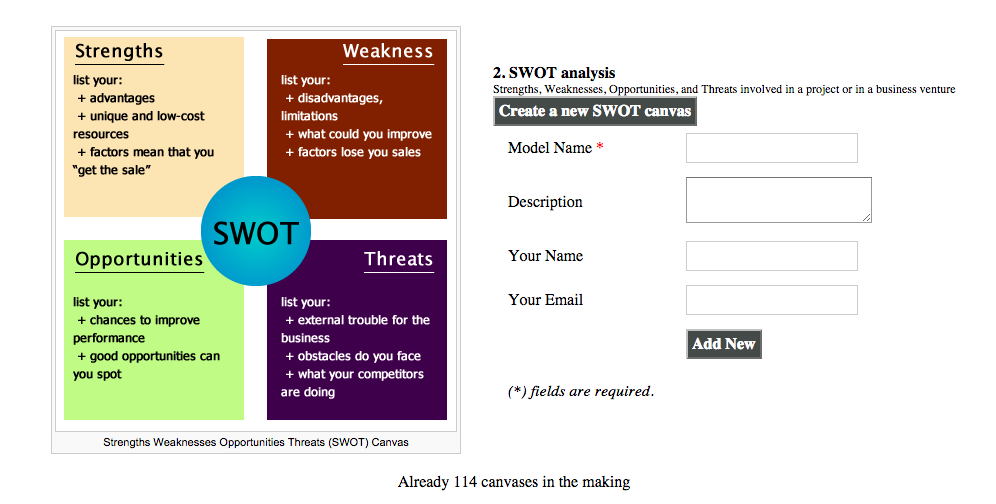 It’s been quite a while since we started out with Canvanizer. 2011 was quite a year for us. At the time the “Canvas” movement was still in its infancy and the Business Model Canvas slowly started to gain momentum (Thanks to Alex Osterwalder!). When we started out, Canvanizer still looked crude (check out the screenshot from 2012).
In all the work we did, we realized that after every workshop the iterations on a canvas stopped. There was no more way to work on the photograph of a canvas. We wanted to change that and started building Canvanizer as a collaborative online tool. At the time there were no others available. We already saw that there were many more great canvases in the works, so we decided to call the app Canvanizer and not the Business Modeler. In hindsight one of our best decisions ever.

Many people helped us get Canvanizer off the ground. People like Franka and Ingo, but most of all, YOU, our great users who started sharing Canvanizer with your colleagues and friends.
Over the last 3 years we have grown throughout the world and have users in almost every country. Chad, Central Africa, North Korea and Spitzbergen will follow soon ;). But now we have seen that we, ourselves, wanted more from Canvanizer and had to take it to the next step. That’s why we started working on Canvanizer 2.0.
We realized that we needed better collaboration, better integration in your workday and other tools, more intuitive overviews, a better mobile experience, more community features and many more canvases! We are working hard on bringing this great new experience to you. Check out the preorder page here: Canvanizer 2.0
We started rolling out features to all preorder supporters in June and expect to have the new engine itself feature complete end of July. We are looking forward to a great next 3 years with you guys! We’re sure it will be just as cool as the last 3.

Thank you guys so much,

Want to join the discussion?
Feel free to contribute!

You love working with canvases? How about bringing innovation and collaboration to the next level with great canvases and a great app.

Get it now Login to 2.0
Scroll to top